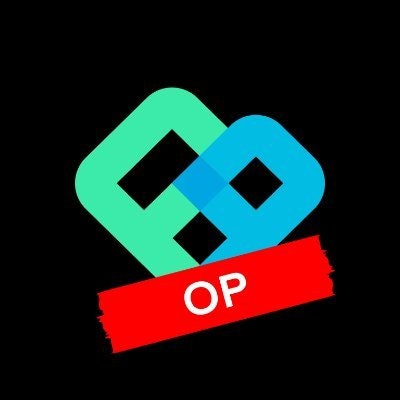 Fibonacci numbers, which were first described by Indian mathematicians and introduced to the Western world by Leonardo Fibonacci, have fascinating applications. Some of these applications include mathematics, art, architecture and even financial markets.

Today is Fibonacci day and to celebrate this occasion, we will explain some of the ways that these numbers are applied to trading cryptocurrency markets, in particular how to use Fibonacci retracements and extensions.

What is the Fibonacci Sequence?

The Fibonacci sequence describes a series of numbers where the sum of the previous two numbers equal the next in the sequence. For example, we show the beginning of the sequence of Fibonacci numbers below:

The interesting thing about this sequence is that the ratio between any two consecutive Fibonacci numbers tends to equal 0.618, approaching this value the further as you go along the sequence.

For example, 34 divided by 55 gives us 0.61818. If we divide two successive numbers further along the sequence, the ratio approaches exactly 0.618. Another important feature of the sequence is that the ratio between alternate numbers gives us 0.382.

Finally, the ratio between the last number in a sequence and the preceding number is 1.618. Because we find this ratio all around us in nature, it is known as the golden ratio (or phi). The reader may also notice that this ratio is the inverse of 0.618.

Photo by Paul Milasan on Unsplash

But what’s the importance of all this mathematics?

Well, since the Fibonacci sequence frequently appears in nature (e.g., Fibonacci himself used this method to estimate the growth in the population of rabbits over time) and the market is basically the sum of all trader’s views, emotions and actions; these insights have been applied to financial markets.

How to Use Fibonacci Retracements

Fibonacci retracements utilize the number sequence described in the previous section to help traders find areas of support and resistance. In combination with price action, these areas can often highlight zones where a price move reverses and continues in the preceding trend. Therefore, Fibonacci retracements can be drawn on trading charts to find potential areas of support or resistance.

Price does not move in one direction forever and the idea here is to use these retracement levels as potential entry points for a short position. Once the price has retraced and hit resistance provided by these levels, it is likely to carry on going lower.

If you’re familiar with Fibonacci retracements, then at this point you’d expect the price to reach one of these levels (with the 0.618 retracement being the most important) and enter a short position.

Following the dip in the price, the market bounced from the swing low and the price indeed reversed course temporarily. However, the upward price movement lost momentum around the 0.618 Fibonacci level, which acted as a strong resistance level and the price only managed to reach a high of $1185.35.

If you’d have plotted the Fibonacci retracement levels in advance, then you would have been well positioned to take advantage of the prevailing downtrend by shorting around $1186. Following the confirmation of the 0.618 Fibonacci level as resistance, the price continued downwards as sellers gained the upper hand once again.

For downward movements, Fibonacci retracements can act as resistance and provide entry points for short positions.

Let’s look at an example to make this clearer. The 4-hour chart shown below displays an uptrend for ETH-USD from mid-July. The price rallied from lows near $1000 to reach a high of around $1630, after which the price consolidated in the $1500 to $1630 range. An astute trader would have drawn the Fibonacci retracement tool while the price was consolidating to find potential areas of support, as shown below.

After drawing the retracement levels on the chart, we can see that the 0.618 level aligns with a price of $1392.25, so we’d want to consider going long once ETH is close to this area.

As you may have guessed, the price fell and hit the 0.618 level, finding support around $1356 before continuing higher and surpassing the initial swing high. Therefore, the trader could have taken advantage of these Fibonacci levels to go long on ETH around $1392.

As well as the 0.618 level, the other Fibonacci levels of 0.236, 0.382 and 0.786 are also of interest (although less importance is placed on them). Nevertheless, it’s worth watching these levels too if the price is unable to reach the 0.618 level or goes much further than this area. Although not a Fibonacci ratio, the 0.50 level is shown as well because it is a popular reference point for price corrections.

How to Use Fibonacci Extensions

Fibonacci retracements can help us find entries in the market. But how can we use similar techniques to find out where to exit a position?

The answer lies with Fibonacci extensions!

When the price hits a retracement level and continues the prior trend, then usually the trend will carry on to hit the 1.618 extension level, which serves as a target for traders to exit their position that they entered at the retracement level.

As shown in the chart above, the price of ETH eventually hit this extension level and temporarily found support at $1115.11. At this point, the trader can lock in profits from the short. If they had shorted 10 ETH at $1180 and then closed the short at $1120, then the profit of this trade would have been approximately equal to $600.

For our previous example, where the trader went long around $1392, the 1.618 extension level was plotted to be $2019.80. After the price bounded from the 0.618 Fibonacci level, the price eventually went on to break out to new highs and hit this extension level about one month later by mid-August, which provided an exit point for the trader who was long. If they had longed 10 ETH at $1392 and then closed the position at $2019.80, then they would have generated a profit of approximately $6278.

After hitting the 1.618 extension level at $2019.80, the upward trend concluded and the price eventually fell back below the initial swing high of $1631.98, confirming that the extension level was a good area to take profits from the long position.

Retracements and extensions can help traders to identify turning points in the markets and serve as targets for entering and exiting positions. But these are not the only applications of the Fibonacci sequence to trading: you can use Fibonacci numbers for moving averages, there are Fibonacci spirals and many other indicators that utilize this technique.

The important things to remember are:

With many traders watching these key levels, these areas of support and resistance tend to become a self-fulfilling prophecy.

However, it’s important to note that Fibonacci retracements are not always respected and work best in trending markets, rather than in situations where the price trades in a narrow range. Trends may be so strong that there’s hardly any retracement at all, or there could be a short-term trend within a ranging market where the price reaches none of the extension levels. It’s also worth keeping in mind that retracement levels on longer timeframes (e.g., weekly charts) are more meaningful than those on very short timeframes (e.g., 5 minute charts).

As with any technical indicator, it’s best to avoid relying on this single technique. While enhancing the likelihood of success, using other techniques in combination with Fibonacci levels to find a confluence of factors that will give you more certainty that the market will respect these levels.